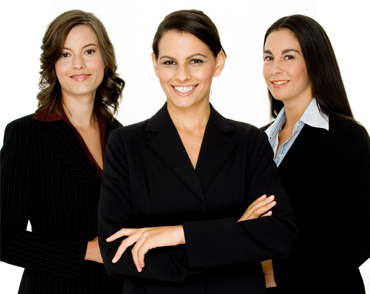 It is true that over the past decade the number of women who earned a bachelor’s degree in the United States was marginally larger than the men who invested in College education. It is also an established fact that all over the world as well, over half the college graduates have been women. The Bureau of Labour statistics tells us that the number of women with college degrees have risen by a considerable extent. It was 11.2% in the 1970 where as now it is at a good 36.4%.But the fact still remains that women have been quitting the workforce in record numbers opting instead to be with families. Astonishingly, this is especially is true for women in high profile jobs. Another Fortune 500 survey illustrates stagnation in women’s leadership between the years 2009-2012, where it remained at a mere 16% average.  Let’s face it we do not live in some Utopia, we are yet a highly patriarchal society where men make most if not all the rules. Men, who are in positions of power, decision makers -whether with an intent of malice (highly unlikely) or otherwise or wired by some practiced anthropological need, tend to discriminate against women. Ann Slaughter may have rocked the ideal feminist philosophies by questioning a lot of their principles, but Ms Slaughter got one thing right. “Only when women wield power in sufficient numbers will we create a society that genuinely works for all women. That will be a society that works for everyone”. However, the downward spiral in women’s leadership raises a lot of questions not only about the feminist philosophies of a balanced work and family life that the women of my generation have been raised with. But also, where is it that we as women can achieve satisfaction. Does our happiness truly lie within our families? Or are we happier when we feel validated in a position of power? Joni Hersch argues that only a “little more than 1/3rd of the best women candidates continue to work after they have children”.

So let’s break this down. We are not talking about your everyday girls, who have to quit work because they can’t afford to commute, can’t afford childcare and are forced to choose between their spouses career  – which obviously if it pays better then they support it even at the cost of their own. It makes sense to them if they do this. They lose their careers to relocation or increased responsibility at work of their spouses, which leaves no time for shared parenting or house work, and many other reasons like that. These women have no choice but to leave the workforce. As sad as it is that the economy should lose out on a great talent pool, it simply makes proper financial sense that in a dwindling economy preference is given to the partner who earns more, which seldom, very seldom turns out to be the woman of the house.

Let us now talk about our high flyers, our women with expensive tier 1 college degrees, who get higher pay, thereby letting them afford all luxuries such as childcare and commute and other such privileges. These women make a choice. They choose to leave their high paying jobs and step down from positions of power. In the past there were a myriad of practices that constrained and confined women to traditional roles. Not anymore, we have no more excuses for not being able to get an education or not being able to get married or being confined to a defined role and for these well earning women of authority not even pressures of parenting – to some extent. Then why do women slight their positions. Most women say that they prefer to “Focus on family” Is that a bad thing? No not at all. Women who want to stay with their families instead of their jobs especially high paying ones deserve a lot of respect. But are women doing this because they want to or because they need to or because they are forced to?  Why do most women step down from positions of power for family and other responsibilities while hardly any man ever does? Again, I am talking about women who are in jobs that pay them well and their incomes rival that of their spouses. Why, even in situations such as that, it is the woman who steps down and not the man?

Sacrificing positions of power because their spouses won’t?  .Social Scientists who are currently researching women and power say that although we have thought women to assume supposedly male roles we have not thought men to assume supposedly female roles such as child care and house care.  The issue needs to be looked at on both micro and macro levels. Society expects a woman to fail in positions of leadership; she is more easily forgiven for her mistakes. There is a mandate on men to succeed while it is completely comprehensible when women choose to leave their authority to raise their children.

Women feel that they may have already achieved the right to vote, right to an education and employment and then they stopped. Where are the radicals? After the 70’s, the women’s movement has slowed down considerably. Our fight now, is a different fight it is not with society or with men but with ourselves. Why are we are setting up ourselves to fail. A woman works all the way to the top to prove herself and once she is there succumbs to exactly what the world told her she should do – quit!.Over 57% women are part of the finance industry and yet only 1.5% are in positions of authority or leadership. In professions of law too more than half the entrants are women yet they fail to reach positions of authority. Research by Virtcom, HBR and other such authorities clearly show the advantages of having women in positions of power. Educated, with credentials surpassing any man she walks into the exciting world of opportunities only to be held back.  How many women out there get their pay cheques from other women?

Women leaders? The scales are tipping and not favorably so for the women, unless we do something about it, unless we understand what is stopping us! We need women in positions of power; we are not liberalized yet, not by a long shot, we cannot stagnate, we simply can’t stop the fight.