Women and the Workplace 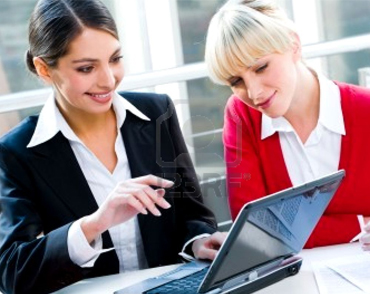 Women and the Workplace

It is a sad but true fact that women in the corporate world still remain second class citizens. We need to accept the irrefutable and obvious truth that women are less likely to pursue and maintain positions of power and leadership when compared to a man. Also, comparatively women give up careers, as a whole more easily as well.

Some may argue and say that the world has changed and after grueling and several modern women’s movements later, we have “liberated women”. They are now free to chase their dreams, get an education and have rights to “equal employment opportunities”. While women’s liberalization may have to some degree helped the cause of the working woman (a small percentile of urban working women and being happy with what they have achieved so far) have failed to see the bigger picture. There are several reasons that contribute to the disparity between men and women at the workplace, especially for positions of power. Women, Men, Culture and Society are all equally responsible for this. Even in countries where the gender gap is not as apparent as the rest of the world, women employees get paid lesser for the same job a man does; undoubtedly it takes her much longer to get promoted to a position of power as well.

The Center for American Progress says that the wage gap between men and women was a full 77% this year and another survey suggests that in fortune 500 companies only 8% of women assume leadership roles. Some studies claim that the reason for the same can be traced to tenure. Women are notorious for moving jobs when compared to their male counterparts, who tend to jump ships less frequently. Other prominent reasons include, women being bad negotiators and that they tend to overvalue relationships and undervalue “business” aspects of corporate life .The most prominent reason however is that women do not have the confidence to fight and remain in their positions of power. Social Scientists have only begun to address the issue of the decreasing role of women in power. It should be mentioned that most studies so far, including ones cited above on why women are not at the top of the corporate ladder are rather vague and inconclusive.

It is true that over the past decade the number of women who earned a bachelor’s degree in the United States was marginally larger than the men who invested in College education. It is also an established fact that all over the world as well, over half the college graduates have been women. The Bureau of Labour statistics tells us that the number of women with college degrees have risen by a considerable extent. It was 11.2% in the 1970 where as now it is at a good 36.4%.But the fact still remains that women have been quitting the workforce in record numbers opting instead to be with families. Astonishingly, this is especially is true for women in high profile jobs. Another Fortune 500 survey illustrates stagnation in women’s leadership between the years 2009-2012, where it remained at a mere 16% average.  Let’s face it we do not live in some Utopia, we are yet a highly patriarchal society where men make most if not all the rules. Men, who are in positions of power, decision makers -whether with an intent of malice (highly unlikely) or otherwise or wired by some practiced anthropological need, tend to discriminate against women. Ann Slaughter may have rocked the ideal feminist philosophies by questioning a lot of their principles, but Ms Slaughter got one thing right. “Only when women wield power in sufficient numbers will we create a society that genuinely works for all women. That will be a society that works for everyone”. However, the downward spiral in women’s leadership raises a lot of questions not only about the feminist philosophies of a balanced work and family life that the women of my generation have been raised with. But also, where is it that we as women can achieve satisfaction. Does our happiness truly lie within our families? Or are we happier when we feel validated in a position of power? Joni Hersch argues that only a “little more than 1/3rd of the best women candidates continue to work after they have children”.